Indonesia must immediately release all West Papuan political prisoners, including Victor Yeimo and the eight students arrested in December following a peaceful protest.

These arrests are nothing but an attempt to silence our just cry for freedom. The eight students – Malvin Yobe, Devio Tekege, Ambros Elopere, Maksi You, Paul Zode Hilapok, Luis Sitok, Ernesto Matuan, and Melvin Waine – have been held on treason charges without adequate medical care for six months. What was their crime? Simply demonstrating with homemade Morning Star flags on our national day, a day when West Papuans and people across the world express peaceful opposition to Indonesia’s colonial rule.

Indonesia has increased their oppression because West Papuans have resisted the renewal of ‘Special Autonomy’ and Indonesia’s plan to divide our country into five provinces. West Papuans do not want these colonial schemes: over 600,000 of us signed a petition against ‘Special Autonomy’, and thousands have taken to the streets to protest against its imposition. Even West Papua Governor Lukas Enembe and the Papuan People’s Assembly, both installed by Jakarta, have rejected Indonesia’s plans.

In another protest on Friday June 3rd, West Papuans will again peacefully take to their streets to reject Indonesia’s partition plan. Papuans will continue to protest: Indonesia must realise that they cannot force my people to accept ‘Special Autonomy’, even at gunpoint. It is Jakarta’s policy, not West Papua’s.

While Indonesia is trying to force through ‘Special Autonomy’ and the partition plan, it is also distracting from the increasing international pressure for a visit by the UN High Commissioner for Human Rights to West Papua. A total of 84 countries, from the EU Commission, the Pacific Islands Forum (PIF) and the Organisation of African, Carribbean and Pacific States (OACPS) have now called for Indonesia to stop blocking a UN visit.

Indonesia is a member of the United Nations and is subject to international law. The Chinese government recently allowed the High Commissioner into Xinjiang to investigate human rights abuses against Uyghurs. Why has Indonesia not done the same?

‘Special Autonomy’ is just another ‘Act of Free Choice’, imposed without consultation and against the wishes of indigenous West Papuans. Rather than continuing to enforce it, Indonesia must immediately withdraw their military and grant us the referendum we have been demanding since 1969.

To President Joko Widodo, as the legitimate representative of the West Papuan people, the ULMWP Provisional Government issues the following peaceful demands:

And to the world I say: stop funding ‘Special Autonomy’ and the torture of my people. Oppose the renewal of Indonesia’s divide-and-conquer colonial laws. Support our ‘Green State Vision’ and a free, democratic West Papua. 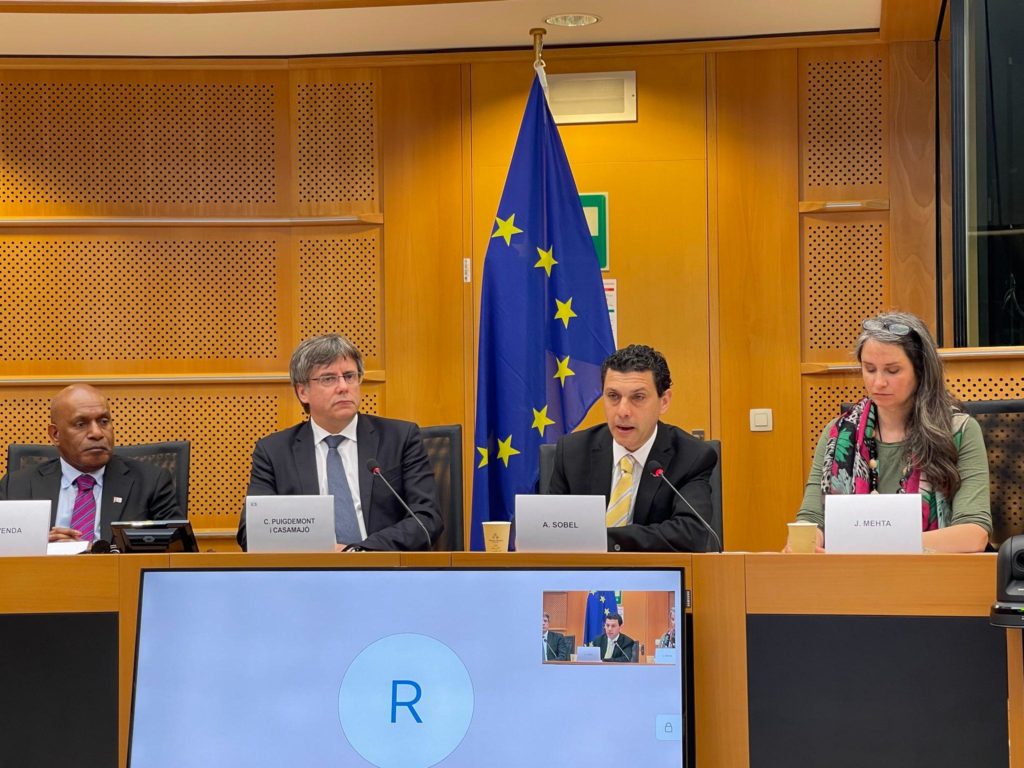