MAJORITY SUPPORT FOR LISTING WEST PAPUA ON THE UN DECOLONISATION AGENDA despite the Indonesian government rolling out tanks, commandoes and police onto the streets of Manokwari and Jayapura

Political rallies in Jakarta, Jayapura, Manokwari and Merauke, alongside profound ceremony in St Paul’s Anglican Cathedral (Australia), critiqued the United Nation’s infamous ‘Act of Free Choice’ in West Papua in 1969 and called for West Papua to be listed on the UN Decolonisation Agenda. In West Papua the show of diplomatic force provoked an extraordinary response from the Indonesian government, which declared an emergency and rolled tanks, commandos, soldiers and police onto the streets.

The UN supervised Act of Free Choice in 1969 wasn’t the referendum that Indonesia signed onto in the New York Agreement, but a series of assemblies, over nineteen days, wherein 1,022 West Papuans (0.01% of the population) ‘voted’ for integration under the gaze of Indonesian military commandoes. The UN should have charged Indonesia with non-compliance of an international treaty, but instead licenced the failed state to take control of 416,000 hectares of richly resourced Melanesian land.

Under Indonesia since the Act of Free Choice, the West Papuan nation has dropped from 99% of the population to 47%, with half-a-million
(546,126) men, women, and children shot, poisoned, exiled, starved, born dead or not at all. The Papuan population growth rate is 1.84%; the Indonesian transmigrant rate is 10.8%. Papuan land, the people’s source of spirituality and sustainability, continues to be ravaged by foreign mining and logging companies. Waters, pristine in 1962, are heavily polluted, with many rivers flowing unfiltered into the Casuarina and Arafura Seas. Unique flora and fauna is flogged in black markets across Java and Sulawesi.

Given Jakarta’s intransigence the only antidote to this chronic geo-political situation is to list West Papua on the UN Decolonisation Agenda. The rallies on 2 August 2018 demonstrated majority Papuan support for the motion propogated by the United Liberation Movement for West Papua, which is now supported by a bourgeoning coalition of Pacific, Africa, and Caribbean states. 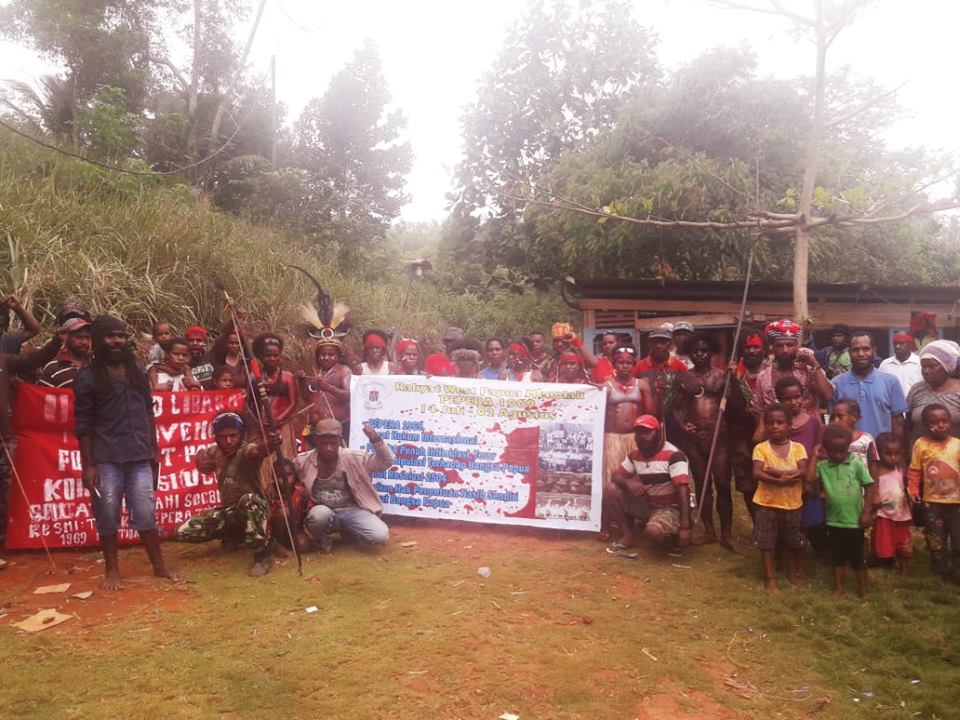 Previous Post URGENT: Indonesian security forces surround the ULMWP offices in Merouke, West Papua, ahead of the anniversary of the Act of free Choice on August 2nd

Next Post West Papua will not celebrate Indonesian Independence Day