The United Liberation Movement for West Papua (ULMWP) wishes to inform the international community that the people of West Papua will not be participating in Indonesia’s 73rd Independence Anniversary Celebrations, to be held on 17th August 2018.

Indonesia’s Independence Day is in no way related to West Papua, which was illegally occupied by Indonesia in 1969, 24 years after Indonesia actually became independent in 1945. West Papua itself was promised independence on 1st December 1961. Adding insult to injury for West Papuans, 17th August is only two days after what is known to us as the Day of Broken Promise, the day the New York Agreement of 1962 was held. On this day, 15th August 1962, the governments of the Republic of Indonesia, the United States of America and the Kingdom of The Netherlands were all signatories to a legally binding promise that all West Papuans would be given a free and fair vote on independence.

What actually transpired was the handpicking and rounding up of just 1,026 West Papuans (less than 0.2% the population) and forcing them at gunpoint to vote for Indonesian rule. This so called “Act of Free Choice” of 1969 was not free and there was no choice. If Indonesia was serious in administering West Papua, it should have fulfilled its New York Agreement promise and given us a genuine one-person, one-vote referendum yet not-one single Indonesian government has done so.

Therefore there is no historic or legal reason why West Papua should celebrate Indonesia’s Independence Day.

We charge the Indonesian government to explain why we West Papuans should be forced to celebrate the independence of a country which has illegally invaded our own country and continues to massacre hundreds of thousands of our own people?

The bloody legacy of the fraudulent Act of NO Choice is the ongoing Neglected Genocide of West Papua, with over 500,000 West Papuan people estimated to have been killed since the 1960s.

In fact, things are only getting worse in occupied West Papua, especially since Indonesian President Joko Widodo (“Jokowi”) took power in 2014. Ever since then, human rights groups, churches and other organisations have reported an ever increasing number and worsening litany of grievous human rights violations. Last year alone, it is estimated that at least 16 West Papuan people were killed or died in mysterious circumstances. Many others were shot, tortured, unlawfully arrested or otherwise abused.

Therefore, there is also no moral or ethical reason why West Papua should celebrate Indonesia’s Independence Day. 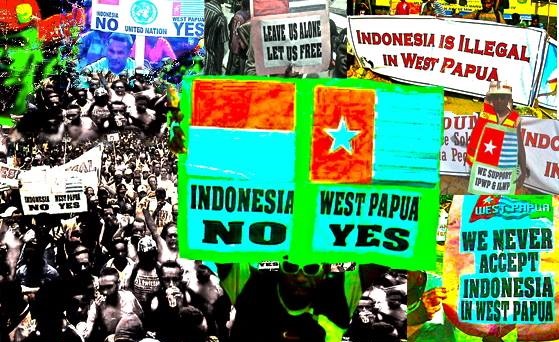 As Chairman of ULMWP, I therefore call upon the people of West Papua not to participate in Indonesia’s independence celebrations. From Sorong to Samarai, we will not celebrate the independence of a country which has invaded our own country, stolen our own independence and continues to kill our own Melanesian people like animals.

From 15th August to 17th August and onward, there will be no celebrating of Indonesia’s independence day in West Papua, nor will any West Papuan person raise the Indonesian flag. It is better that people stay at home rather than participate in this facade of so called “Indonesian territorial integrity” over West Papua. ULMWP calls upon all West Papuan citizens to remain entirely peaceful and disciplined in this boycott. We will show the world through peaceful, non-participation that we are Melanesian West Papuans and that we are not and never will be be Indonesians.

ULMWP appeals to the Indonesian government and all state actors, including the Indonesian military, police and intelligence services not to force West Papuan people to participate in Indonesia’s Independence Day and not to commit any violence, intimidation arrests or other human rights abuses towards the people of West Papua.

ULMWP appeals to the international community, including all international observers, government representatives and human rights organisations to please help monitor the situation in West Papua and to help advocate on our behalf for our fundamental rights under international law. While increasingly cracking down on all forms of Freedom of Expression, the Indonesian government is trying hard to silence our legitimate calls for self-determination. We desperately need the world to help amplify our voice before it is too late and before there are no more West Papuan people left in West Papua.

From this year onward, the people of West Papua will never celebrate the independence of Indonesia, a country which illegally invaded our own; in doing so illegitimately stealing our own sovereign right to West Papuan independence. Under international law, Indonesia’s presence in West Papua is illegal.

The only legitimate solution for West Papua is for the people of West Papua to be allowed to freely and peacefully determine our own future through an internationally supervised vote. Self-Determination is the only way forward for West Papua. While the Indonesian government seems to remain committed to violence and attacking West Papuan villagers from military gunships, ULMWP maintains that a peaceful resolution is the only future for this longest running conflict in the Pacific.

ULMWP is committed to the ideal that when West Papua is finally independent and free, we will live as good neighbors with Indonesia and we will celebrate West Papua’s own Independence Day in peace. 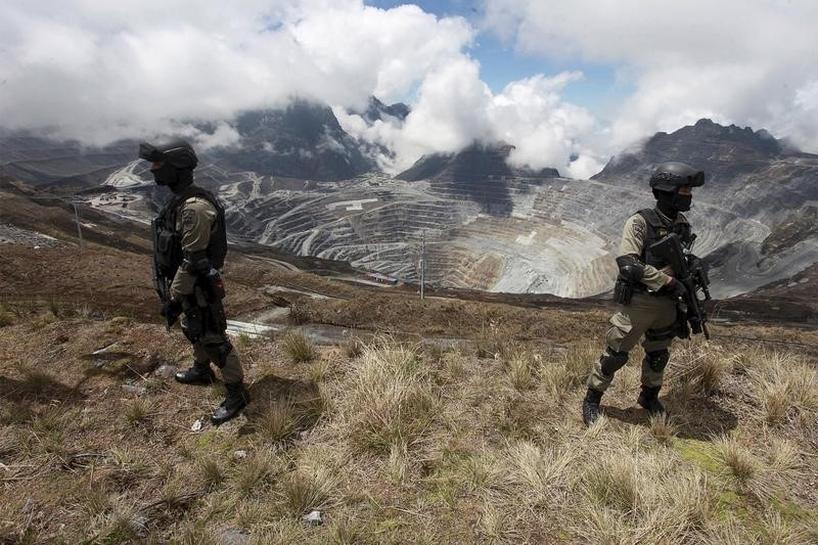