Speech delivered by Chairman of the ULMWP, Benny Wenda, during the Foreign Ministers & Senior Officials meeting of the Melanesian Spearhead Group (MSG), held in Suva from February 10-12, 2020.

Honourable Ministers, Excellencies, Ladies and Gentlemen, I greet you all in my own language, wa wa wa wa.

I acknowledge also Ambassador Amena Yauvoli Director General of the MSG Secretariat and his dedicated Staff for their  tireless service to the Melanesian community.

Our gathering here marks 34 years of our founding fathers’ vision, backed by the Melanesian way of a shared cultural and political desire, for the entire decolonization and freedom of Melanesian countries and territories. Decolonisation may seem less intrinsic today, but the sad truth is, the people of Melanesia are far from exercising our full sovereignty.

In West Papua, my homeland, 2.5 million people are Melanesians, not Indonesian. Like the Melanesian people of Bougainville and Kanaky New Caledonia, my people also calling for our basic right to vote in referendum on independence. Fifty-eight years of human rights violations which include suppression of political dissent, discrimination, torture, extrajudicial killings, and systemic police and military violence.

The case of Nduga is a clear example. Since December 2018, wide-spread Indonesia military operations in the Nduga Regency have displace an estimated 45,000 Ingenious Melanesian People: 243 dead, among them 34 women, 110 children, 95 men. Currently there are 57 political prisoners. West Papuans live in fear as part of their everyday life.

‘Go Home’. ‘Monkey’. ‘Dog’. This is what the Indonesia security forces and gangs shouted at the West Papuan students. Indonesian police fired tear gas into the dormitory, arresting 43 Papuans.This was the spark which lit a bonfire of 58 years of racism, colonialism and mass killing. My people marched to end racism against Melanesian people. They marched to demand their right to a referendum on independence, denied them by the international community in 1969.

Many of the leaders who were involved in those demonstrations have now been arrested. Seven of them were kidnapped and moved to East Kalimantan among them two officials of the ULWMP, Mr Bucthar Tabuni and Mr Bazoka Logo, where they are slowly starving to death under the watch of the Indonesian State. Six of them are in Jakarta, one of the Leaders of FRI WP, Suria Anta Ginting, an Indonesian, and facing charges of treason. They may be put in prison for 15 years. Dozens of others are in prisons in West Papua. Veronica Koman, the international human rights lawyer, has escaped to Australia.

This is why it is clear that Indonesia has no interest in addressing the people of West Papua’s demand for justice and freedom. Indonesia has no willing to address the ‘root causes’ of the conflict in West Papua, as called for in 2019 by 18 countries in the Pacific Islands Forum and 79 countries in the African, Caribbean and Pacific Group of States. Only international intervention can save my people from this colonial genocide. West Papua has no future in Indonesia.

The United Liberation Movement for West Papua was formed in 2014 in response to requests from Melanesian leaders within this very institution, the MSG. We have grown into a unified force of all West Papuan independence groups, within and outside the country.

We have formed an Executive Committee, a Legislative Council, a Judicial Council, and nine bureaus within West Papua including Indonesian people’s solidarity groups, and within West Papua. Indonesia cannot eliminate the ULMWP, even though it tries. ULMWP is the legitimate representation of the people of West Papua and is ready to enter into relations with other countries. In fact, we are already talking with the UN, with international governments.

If the problem of Indonesian colonisation is not solved, then my people are not safe. We may not survive many more years of Indonesian colonialism. As UN Special Rapporteur on Genocide Prevention, Juan Mandez once stated, ‘if nothing is done West Papuan People will disappear’.

The Pacific, particularly Melanesia, is the key to my people’s survival. When the Pacific stands up with one voice for West Papua, the rest of the world pays attention. The world will not act unless Melanesia and the Pacific are united behind the people of West Papua.The ULMWP, as the legitimate representative of the people of West Papua, is ready to engage with
international Community. We are already sitting around the table with them in this historic institution. In October last year, I issued six demands to the President of Indonesia, to demonstrate good faith to end the long-standing conflict. These included withdrawing the additional 16,000 troops deployed during the West Papua Uprising, releasing political prisoners, and allowing the UN High Commissioner and special rapporteur into the territory. Until today, we have received no response.

This year, Indonesia must learn from the world-leading example of Pacific states who have granted people their right to self-determination. The governments of Papua New Guinea and New Caledonia have led the way in offering referendum on independence to the people of Bougainville and the Kanaki. Indonesia must follow these democratic examples, by allowing West Papuans to exercise full right to self-determination and independence that we have been denied in 1969. In January 2019, I delivered our Peoples Petition, 1.8 Million signatures demanding right to vote on Independence, to the UN High Commissioner in Geneva, sponsored by the Vanuatu Government. We have also independently delivered the petition to the Former Chairman of the C24, Rafael Ramírez, in September 2017 in New York.

In December 2019, 79 sovereign states in the African, Caribbean and Pacific Group of States, the ACP, also echoed the call for Indonesia to allow the UN High Commissioner to visit our homeland. Until today, Indonesia has not complied.

This is my question. If Indonesia claims to represent Melanesian people and to have rightful membership of the MSG, why is Indonesia killing Melanesian West Papuans every day? Why is Indonesia imprisoning peaceful West Papuan activists for 15 years for raising the Morning Star flag, the symbol of our National and Melanesian identity? Why do Indonesian police call us ‘monkeys’ and cut off our ‘dreadlocks’ on the streets of Jayapura?

One important criteria of becoming member of MSG is that the country concerned does not commit human rights abuses. Indonesia has committed state crimes against humanity of the Melanesian peoples of West Papua for 58 years. We believe we have more than qualified to meet the criteria for full membership of the MSG. The time for delays has ended. The time for action, for solidarity with my people, has come.

We believe that the MSG has the history, custom and courage to do the right thing, and to make history. The freedom of West Papua will mark a milestone in the struggle for human equality against the forces of colonialism and racism. The MSG was founded on the principles of decolonisation, on the Melanesian Way of solidarity and shared struggle. We must rediscover these values, and recall once again the wise words of the late Father Walter Lini, founding father of Vanuatu, that Vanuatu is not really free until all Melanesia is free, and those of and Solomon Mamaloni, former Prime Minster of Solomon Islands, when he met the OPM leaders, that if our generation does not resolve west Papuan issue, forever future generations will condemn us. 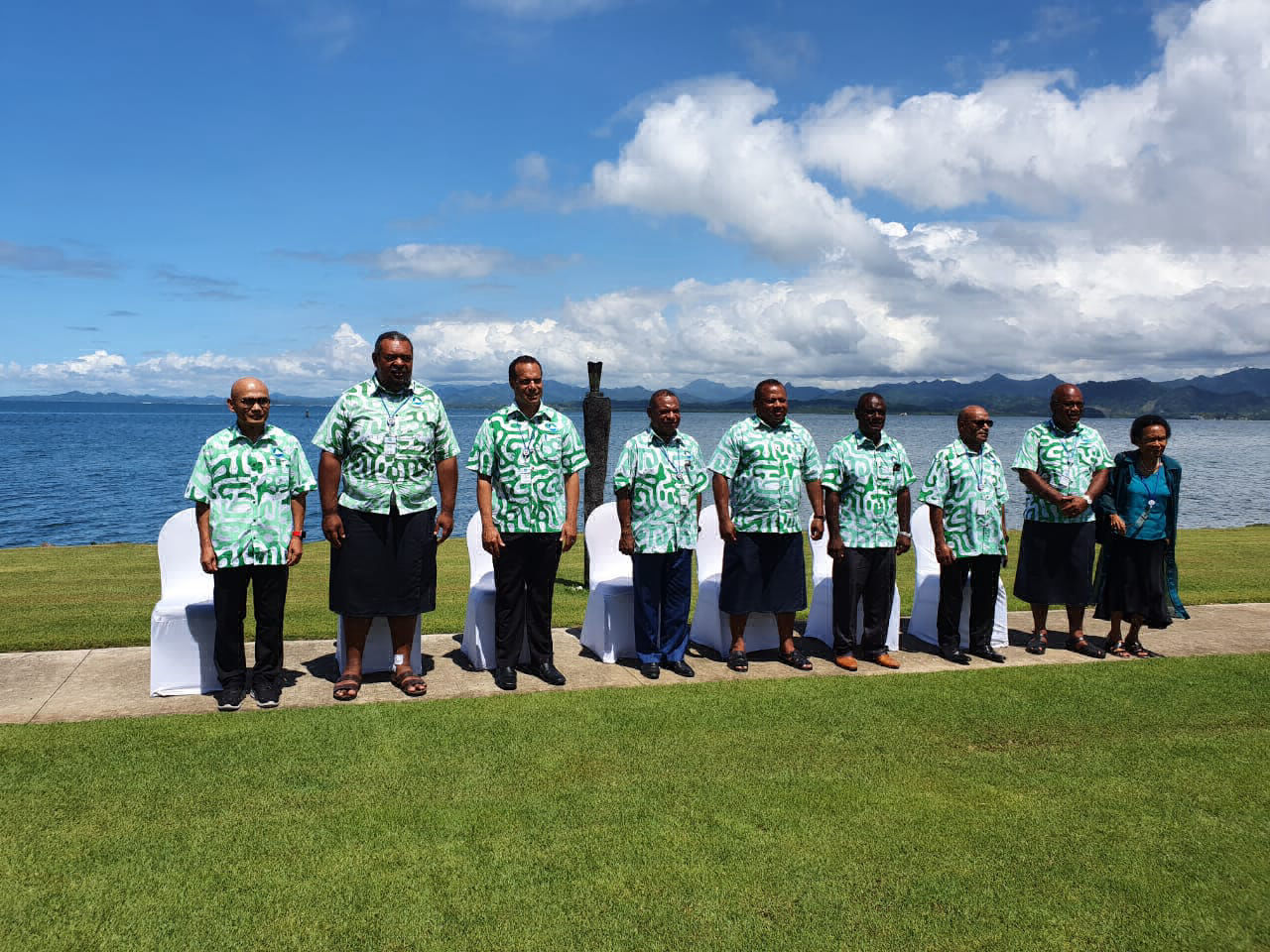 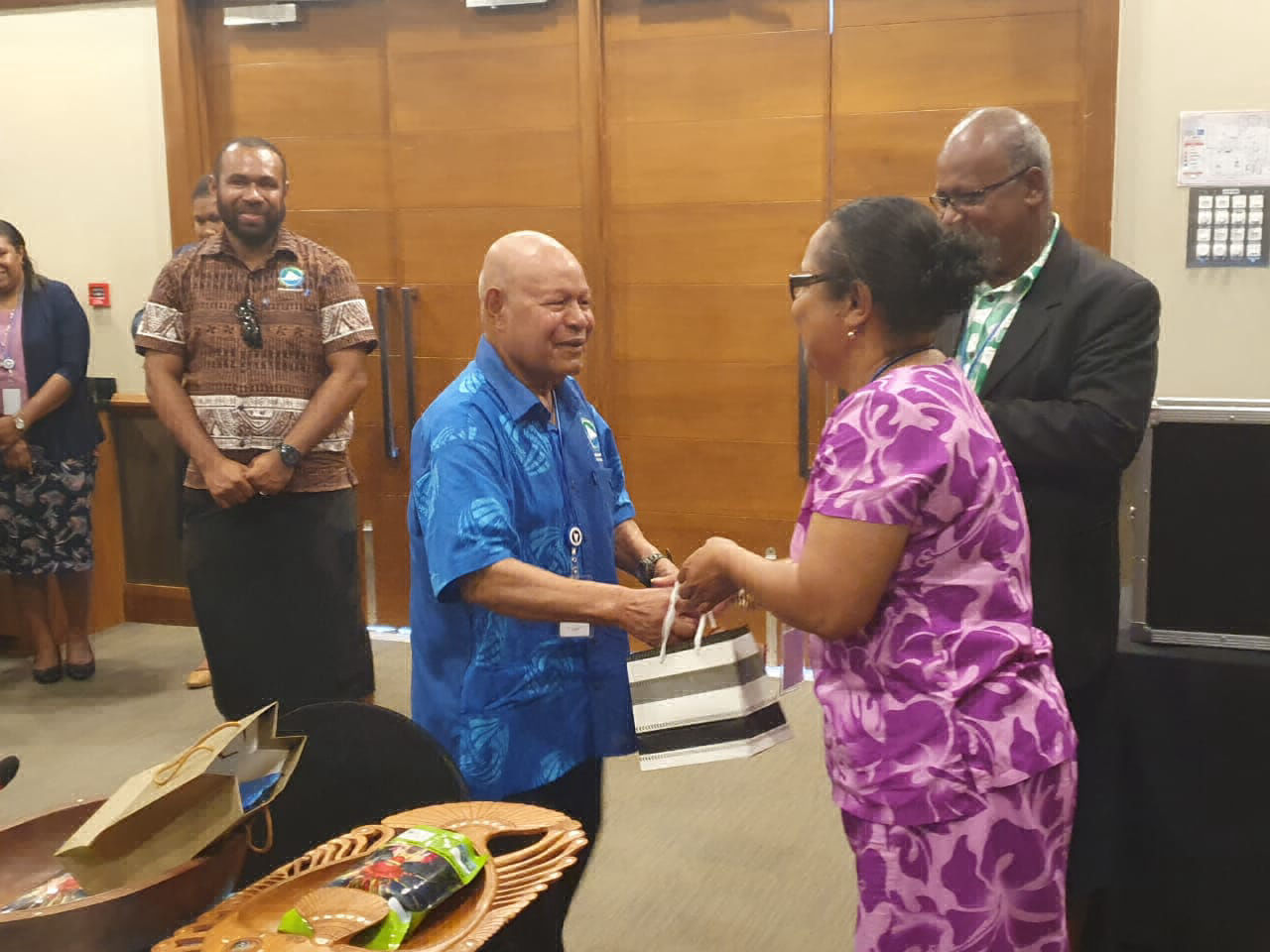 Next Post ULMWP Statement on the Passing of Andy Ayamiseba