Brothers and sisters, on this day fifty-seven years ago, the Nieuw Guinea RAAD (Council) raised the Morning Star flag alongside the Netherlands flag across West Papua for the first time.  The event was a milestone in our national self-determination program, which began, officially, when the Netherlands registered West Papua with the United Nations as a Non-Self-Governing Territory in December 1950 (UNGA Res. 448).

By then our self-determination process was well underway.  By December 1944, four months after the Japanese surrender, we had a working defence force (Papua Volunteers Battalion, an armed unit of 400 soldiers) and a Police School, and a Public Service Training school that produced 150 civil servants (including members of the Nieuw Guinea Council).  Such development prompted Australia and New Zealand to invite us to Canberra early in 1947 for the foundational meetings of the South Pacific Commission, which was set up to ‘strengthen international cooperation in promoting the economic and social welfare of the peoples of the non-self-governing territories in the South Pacific’.

With the listing of West Papua as a Non-Self-Governing Territory in 1950, the Netherlands, as Administering Power, was bound to United Nations Decolonization Principles including Article 73 ‘sacred trust obligations’ to prioritize the people’s interests, advance self-government, and present annual reports to the UN.  Dutch socio-economic and political development in West Papua was thereafter clearly based on the principle of self-determination that was adopted by the 1951 Inter-Departmental Commission, aired in the Queen Juliana’s 1952 address, and enshrined in Dutch legislation in 1953.

Besides major advances in education, health, defense, and concerted efforts to develop an export economy that dovetailed local subsistence economies, care was taken to generate appropriate institutes for a democratic state.  This included three Papuan-majority advisory councils in 1951, and thereafter elected Papuan-majority councils as training grounds for modern politicians (Mimika in 1953; Hollandia, Manokwari, Schouten Islands, Japen, and Sorong in 1955; Fak-Fak in 1958; and Biak-Numfor in 1959—in existence since 1948 as Kankain Kankara Biak).  These regional councils were tasked with implementing and enforcing ordinances, regulating and administering local affairs, and levelling tax.

The national New Guinea Council, “officiating as a Parliament, with all its powers” (Governor Platteel) was inaugurated on 5 April 1961 after elections in February 1961 produced twenty-two West Papuan members (including a woman) in a total of 28 seats.  The Council was invested with extensive authority, sharing legislative power and responsibility for framing the budget with the governor and a council of departmental heads, and members had parliamentary immunity, and rights of petition, interpellation, and amendment.  The Netherlands at that time was implementing its policy to ‘papuanise’ the civil service (to 90-95%) with teachers, policemen, health workers and administrators (including top positions requiring tertiary qualifications) and in 1961 was investing Fl 91 million in West Papua, up from fl15 million in 1950.

The council, located in a special-purpose new building in Hollandia (including audio and translation systems) was opened in grand ceremony.  Representatives from all over West Papua were in attendance, as were an array of international press, radio, film and television media.  Special guests included representatives of the British and New Zealand governments, and the South Pacific Commission.  The Australian delegation included Sir Paul Hasluck (Minister for Territories), Sir Alistair McMullin (President of the Senate), Brigadier Cleland (Administrator of Papua-New Guinea), and six members of the Papua-New Guinea Legislative due to open five days later on 10 April.

Dutch Governor Platteel, opening the first session of the Council, said “Small countries can be significant. Dutch New Guinea is a small country, but it may set a great example. May God grant you the wisdom to make use of the Council’s work.  He will bless your deliberations”.

Dr T Bot, the Dutch State Secretary for Home Affairs, told the council that by 1970 only a small number of foreign experts would still be needed, and it should make its wishes known on [the timing of] self-determination within a year, adding that Holland would continue to give material and financial aid to help achieve independence speedily (Sydney Morning Herald, Hollandia, 6 April 1961).

Queen Juliana, in a recorded speech, said: “Netherlands want your people to take a dignified and equal station in the community of the modern world and the United Nations…this is the first step on the road that leads to the exercise of the right to self-determination through your people. May that way turn out to be short.  Be yourself. Remain yourself, and enter in the form that you choose yourself, based on your own nature”.

Eighteen days later Indonesia augmented its reputation as a cruel authoritarian state and neo-colonial power by announcing the invasion and occupation of West Papua.  In doing so it violated its own constitution (‘every nation has the right to independence’) as well as Chapter 11 of the UN Charter (Article 73 obligations which it dismissed as ‘irrelevant’ and ‘inadmissible’), as well as UN General Assembly Resolution 1514 (XV) 1960 and numerous articles of the United Nations Universal Declaration of Human Rights (1948).

Brothers and sisters, the definition of a great nation can and should be measured by how much the people appreciate and salute their own heroes and heroines, those men and women who sacrificed themselves to defend and maintain and their homeland and their sovereignty, their dignity and their liberty.  That is what we have always cherished and honoured on 1 December every year.

Remember that now we are not alone.  Many know our troubles, and many in the world honour our special day in Melanesia, Polynesia and Micronesia, in Australia and New Zealand, in African and Caribbean nations, in Europe, the United States, Latin America, and Middle East.  We especially hope that this year the Indonesian state does not turn against the Indonesians men and women who recognize 1 December, for Indonesia needs them to run a truly democratic state as much as we need justice, peace, and love to run ours.

God bless, and peace be always with you, 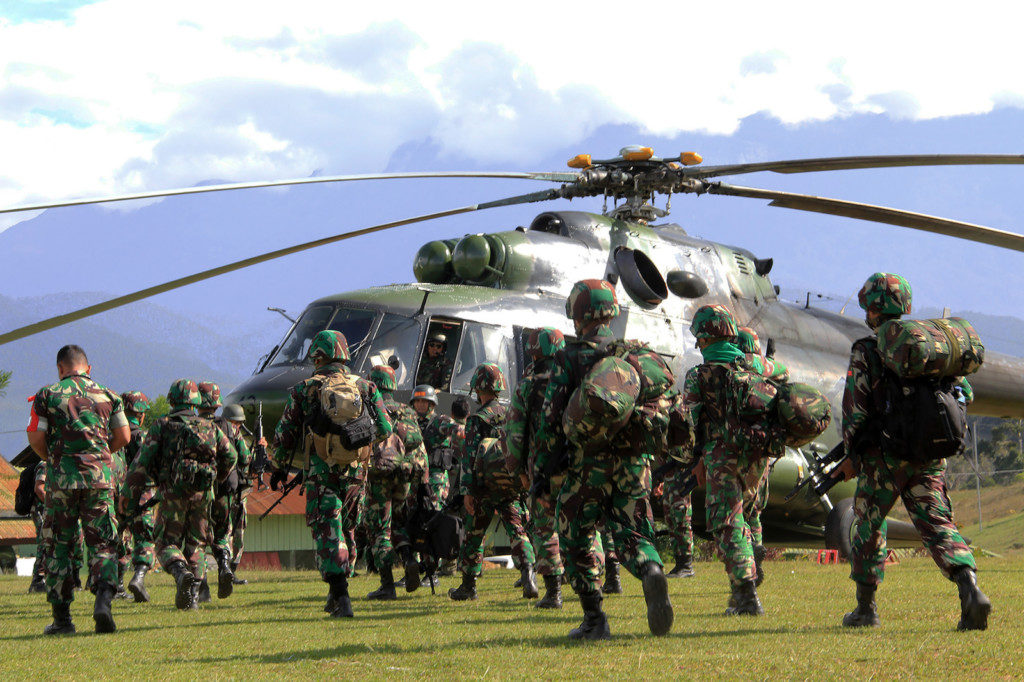 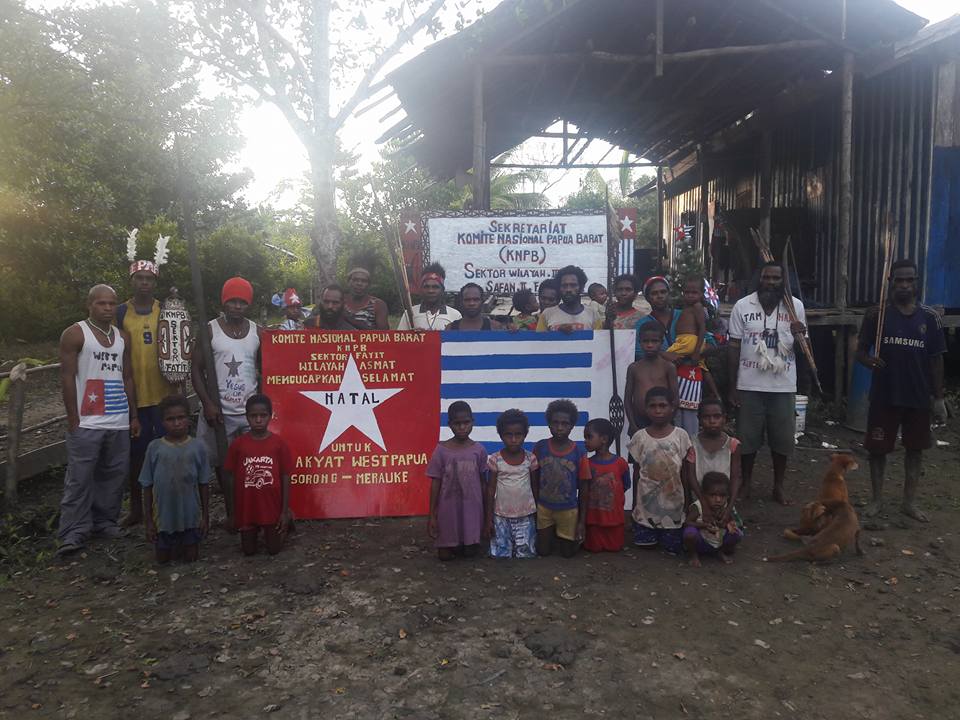