Today is a National Day of Mourning for the West Papuan people. All of us, whether in the bush, in the cities, the refugee camps, or in exile, are mourning the loss of Filep Karma.

Filep was a great leader and a great man. Across his life, he held many roles and won many accolades – he was a ULMWP Minister for Indonesian and Asian affairs, a Nobel Peace Prize nominee, and the longest serving peace advocate in an Indonesian jail. But he was first of all a frontline leader, present at every single protest, reassuring and inspiring all West Papuans who marched or prayed with him. Filep was there at the Biak Massacre in 1998, when 200 Papuans, many of them children, were murdered by Indonesian military. Despite being shot several times in the leg that day, his experience of Indonesian brutality never daunted him. He continued to lead the struggle for liberation, whether in prison or in the streets. For West Papuans, Filep was equivalent to Mahatma Gandhi, Nelson Mandela, Martin Luther King. The history of our struggle lived within him. 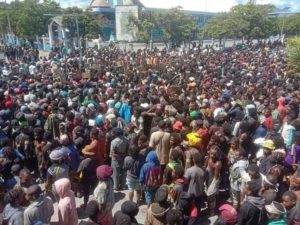 Filep was a former Indonesian civil servant. After witnessing first-hand how the highest ranks of the Indonesian state treated West Papuans, he gave up a lucrative salary and comfortable life to help lead the struggle. His dedication to West Papua, his commitment and courage, was demonstrated by this enormous sacrifice.

Filep stood for justice, democracy, for peace and non-violent resistance. Despite this, he was jailed for 11 years for raising the Morning Star flag; we can see how Indonesia treats peacemakers. Even now, they cannot even let us grieve in peace. As thousands of West Papuans took to the streets to honour Filep as a father, Indonesian soldiers blocked their way with heavy weaponry. As supporters said their final farewells while carrying Filep’s coffin to his house, police snatched their Morning Star flags away. How would Indonesians feel if their national hero’s funeral procession was disrupted and disrespected in this way? This response demonstrates the endemic racism at the heart of Indonesia’s occupation Filep spent his life fighting. They see us ‘monkeys’ – as ‘half-animals’, as his book described it. 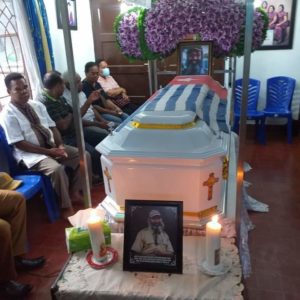 The big question is this: how did Filep die? We know he drowned while surfing, despite being a skilled diver. We know that there were four Indonesians with him when he died, but we don’t know if any of them have given testimony. We also know that Indonesia systematically eliminates West Papuans who fight against their occupation. Sometimes they will kill us in public, like Theys Eluay and Arnold Ap, who was murdered and his body dumped on the same beach Filep died on.

But it is more common for West Papuans to die in mysterious ways after speaking out against Indonesian colonialism. Sixteen Papuan leaders, many of them in their 40s and 50s, have died in suspicious circumstances since 2020. It is probable that many of them were poisoned. If they cannot kill West Papuans they will isolate them in prison and let them die slowly, as they did with Zode Hilapok, as they are trying to do to Victor Yeimo. Or they will assassinate their characters by accusing them of corruption, as they did with Governor Lukas Enembe and Eltinus Omaleng.

We doubt that Indonesia will reveal the real reasons behind Filep’s death, into which Amnesty International are now calling for an investigation. History shows that in their autopsies and their investigations they refuse to show the world, just as they refuse to allow international media or the United Nations to report on West Papua. When a West Papuan dies, it is always a mystery. When an Indonesian dies, they have all the answers. In recent years he has been a steadfast opponent of Indonesia’s imperial policies, including the partition of West Papua into five provinces and the reimposition of ‘Special Autonomy’. He was firmly for independence and for a peaceful solution in West Papua. 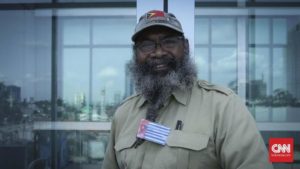 I will remember Filep as a leader and a friend. In 2000, we were elected to the Kotaraja Abepura flag raising committee together. We were close ever since that moment. Soon after, I was arrested and sentenced to 25 years in prison, before escaping jail and moving as a political refugee to the UK. In 2004, he suffered the same fate, being charged with 15 years for his part in a peaceful flag-raising and prayer meeting. That was the last time I saw him, though I spent ten years campaigning for his freedom here in the UK.

For me, as for all West Papuans, Filep’s struggle continues. His legacy and his dream of freedom lives on in the next generation, who suffer the same systematic discrimination and fight for the same goal. I call on all West Papuans, wherever you are, to keep strong in Filep’s memory, and unite behind the ULMWP provisional government. As our national symbol says, we are one people, with one soul, one struggle, and one destiny: Merdeka – freedom. 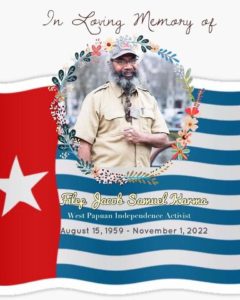 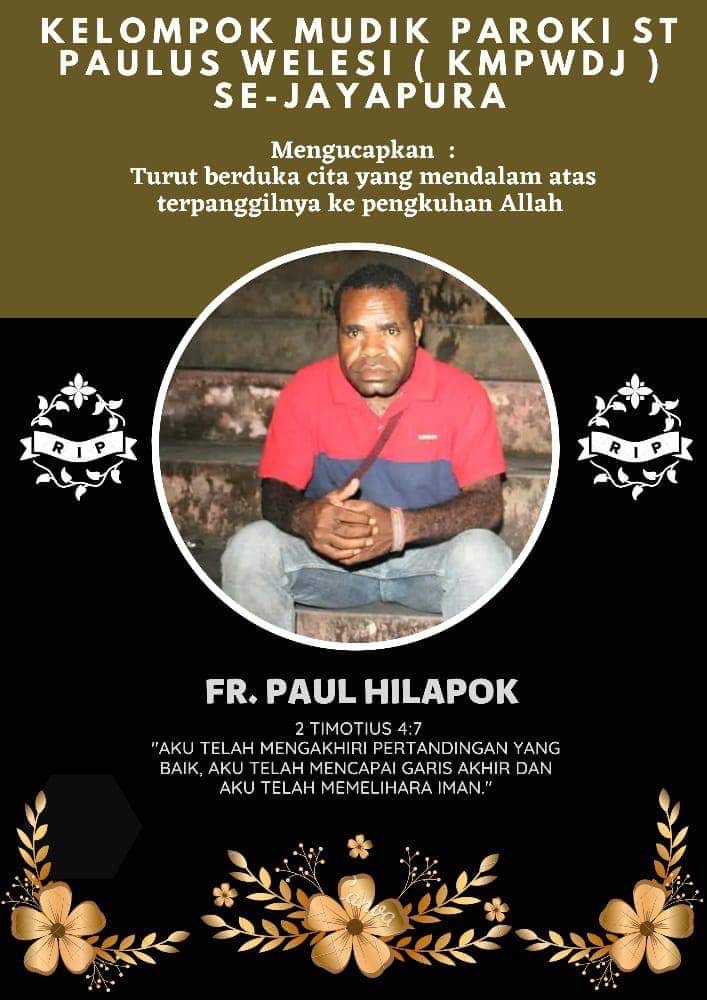 September 12, 2019 Message of Condolence from the Chairman of the ULMWP to the Government and People of the Kingdom of Tonga Read More