July 14, 1969, was the first day of the the Act of free Choice’s execution in Merauke, so in this moment we, the ULMWP Legislative of the Anim- Ha Region and Legislative Tribes of the Anim-Ha Region, West Papua, along with the people of West Papua inaugurate the ULMWP Office of the Anim- Ha, Merouke, West Papua. We express the attitude of the 30 Indigenous peoples tribes in Anim-Ha to reject the Act of free Choice (PEPERA), and to support the full manual petition of West Papua in 2017 with a total of 1.8 million signatures.

The inauguration of the office of the United Liberation Movement for West Papua (ULMWP) was officially opened by ULMWP legislative secretary, Sir. Eliaser Anggaigon in the Anim-Ha Region, Merouke, West Papua. After opening its doors to the public the organising leadership of the ULMWP in Merouke addressed the crowd by releasing the following statement:

Statement to reject the Act of free choice (PEPERA) 1969 in West Papua because it is not a true act of self determination.

The right of self-determination for the people of West Papua is the solution!

The dispute over West Papua between the Netherlands and Indonesia in the 1960s brought the two countries into negotiations that ended in an agreement that came to be known as the New York Agreement. This Agreement consists of 29 Articles governing 3 kinds of things. Among them are articles 14-21 regulating self determination based on International practice of “one man one voice” (one man, one vote). And articles 12 and 13 governing the transfer of the administration of West Papua to the United Nations Temporary Executive (UNTEA) and then to the Government of Indonesia, which took place on 1st May 1963. Then colonial Indonesia called it the Day of Integration or the return of West Papua into Indonesia’s lap.

Prior to that, on September 30th, 1962 the Rome Agreement was pinned down so that Indonesia would encourage development and prepare for the implementation of the Act of Free Choice in West Papua in 1969.

Nevertheless, in practice, Indonesia actually mobilised its military on a large scale to West Papua to dampen the Free Papua Movement. They organised Special Operations (OPSUS), which were chaired by Indonesian General Ali Murtopo, and was tasked with winning the West Papuan People’s self determination (PEPERA) for Indonesia. But this was followed by military operations against the West Papuan people such as Operation Sadar, Operations  Kancil,  Operation Bhratayudha, Operation Tumpas and Operation Pamungkas .

As a result of these operations, violations of the political rights of the Papuan people are tremendous with enormous destruction of the West Papuan people. Detention, murder, manipulation of Papuan political rights, sexual harassment, cultural abuse, racism and crimes against humanity within these 6 years, 1963-69. This continues to happen until this decade. More ironically again, on April 7, 1967 the first working contract with PT. Freeport McMoran, an American mining company and its allies, was signed by the Suharto regime which claims the territory of West Papua for the Government of Indonesia 2 Years before the Act of free choice (PEPERA), West Papua’s right of self determination was implemented. So it can be ascertained, whatever the way and whatever the reason, it had been decided that West Papua should be included in the power of the Government of Indonesia’s colonialism.

Indonesia implemented the undemocratic Act of free Choice (PEPERA), full of terror, intimidation and manipulation along with the occurrence of gross human rights violations that occurred systematically at that time.

The practice of colonialism was then applied by the Government of Indonesia to the present time to dampen the aspirations of West Papuan people for freedom. When West Papua was annexed into the framework of the Unitary State of the Republic of Indonesia (NKRI), the struggle and effort of the people of West Papua was not broken. Almost eternally long, West Papuans have struggled to regain their rights and dignity as human beings who have been killed by the colonial system of Indonesia.

In the long journey of West Papua’s struggle, to respond to the needs of the struggle, the West Papuans have intelligently formed a representative forum under the name of United Liberation Movement for West Papua (ULMWP). In 2017, the ULMWP has gathered West Papua people’s signatures through a Manual Petition from all areas ofWest Papua. The petition is one part of the West Papuan people’s protest against the Act of free Choice (PEPERA) which was not in line with International practice. West Papuans from all regions of Anim-Ha have also signed the petition, with a total of 213,423 signatures from our area.

The West Papuan people firmly state that the representatives of the Pepera Council from the Anim-Ha Region (Merauke) involved in the Act of free Choice (PEPERA),1969, were unlawful representatives. Now the West Papuan people of the Anim-Ha Region, West Papua, represented by 213,423 [Two Hundred and Thirteen Thousand Four Hundred Twenty-Three] people who signed the petition demand that the violation of Political Rights that occurred 49 years ago must be reviewed and that a new vote be held with international supervision.

Based on the historical reality that the West Papua people’s political rights have been brutally silenced, the enduring desire of the West Papuan people to be free and independent in our homeland and free from existing colonisation. On the 49th anniversary of the Act of free choice (PEPERA) which is very contrary to international practice, the legislative of the ULMWP, Anim-Ha Area with West Papua people states that:

1. We, the Indigenous Peoples with the Legislative Representatives of ULMWP and the Tribes The ANIM-HA region firmly reject the act of free choice [PEPERA] in 1969 and immediately request a Referendum for West Papua under international legal and political supervision.

3. We, the Indigenous Peoples together with Legislative Representatives of the ULMWP Tribe ANIM-HA territory demand to the United Nations, the Netherlands, USA and Indonesia that they immediately open a free political space based on international legal standards, so that West Papuans can implement the referendum again.

This is the statement of attitude that we make.

We will continue to speak out against all forms of colonialism, oppression and exploitation that are taking place in West Papua until the West Papuan people gain true and lasting independence! 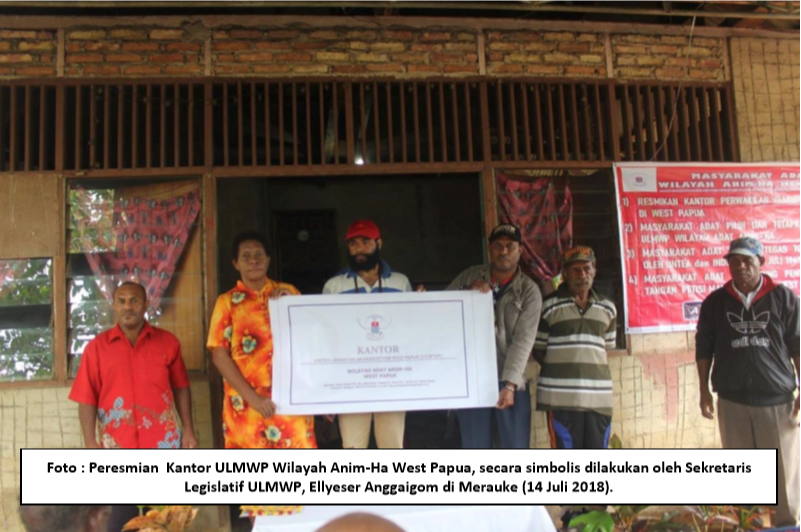 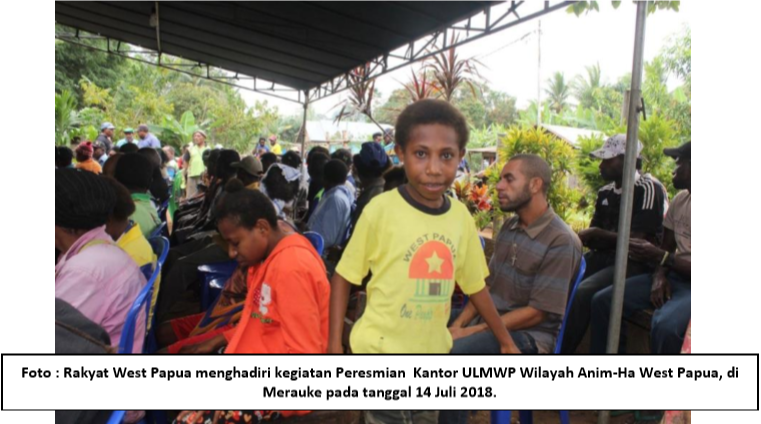 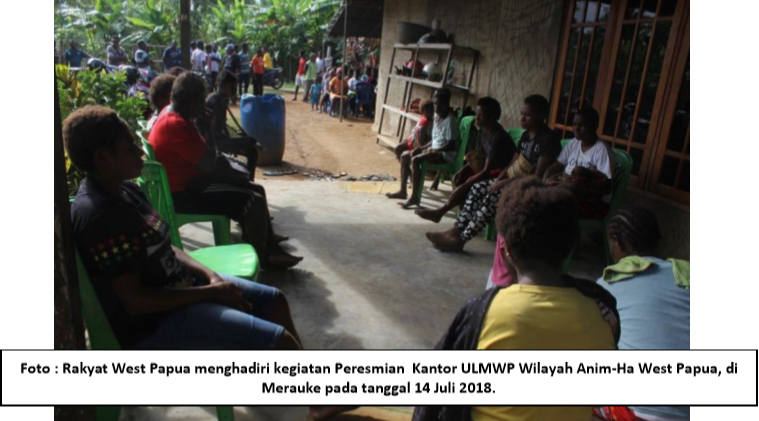 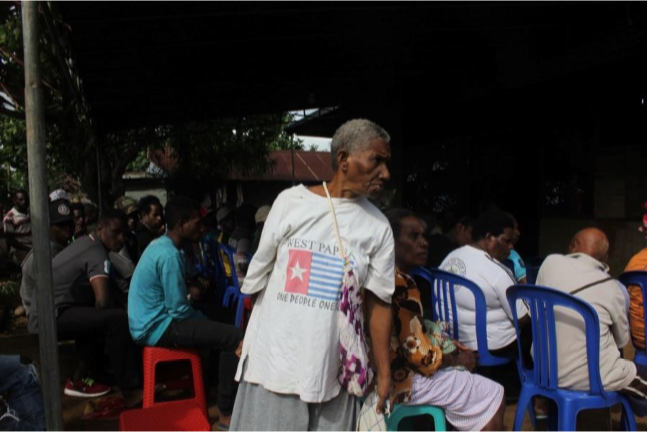 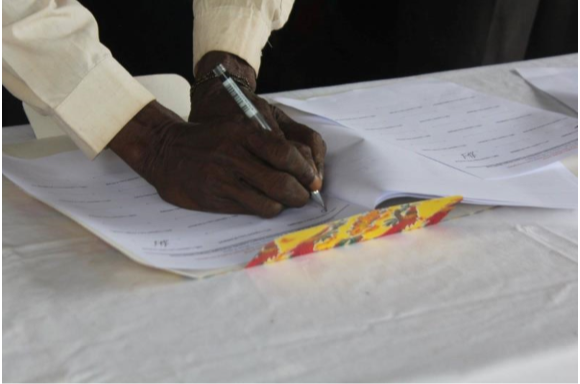 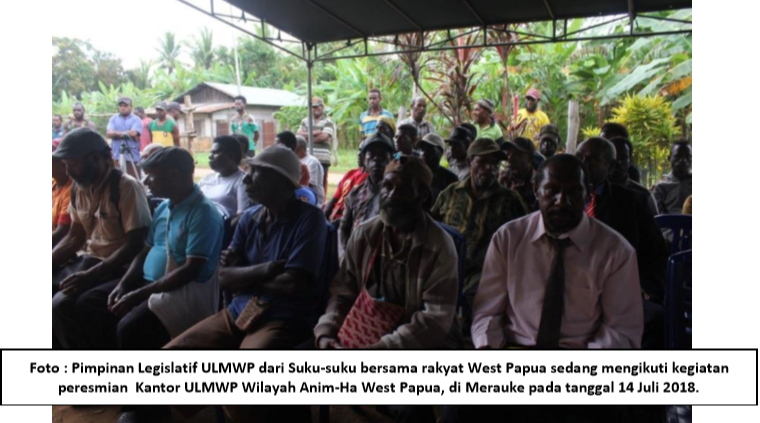 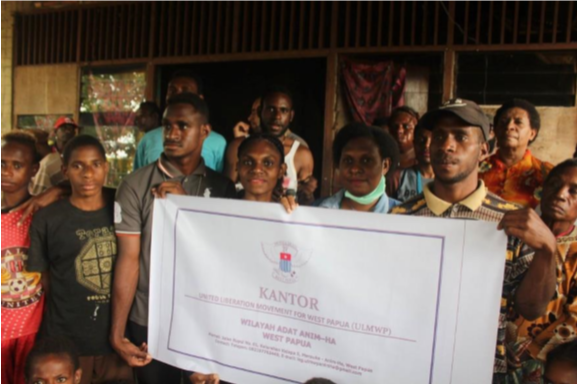 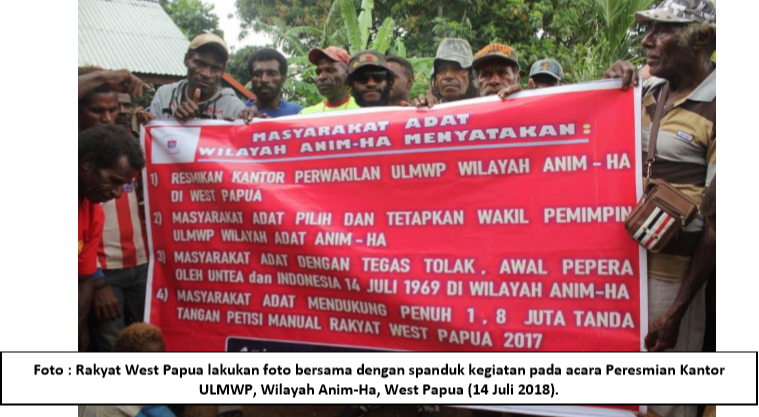 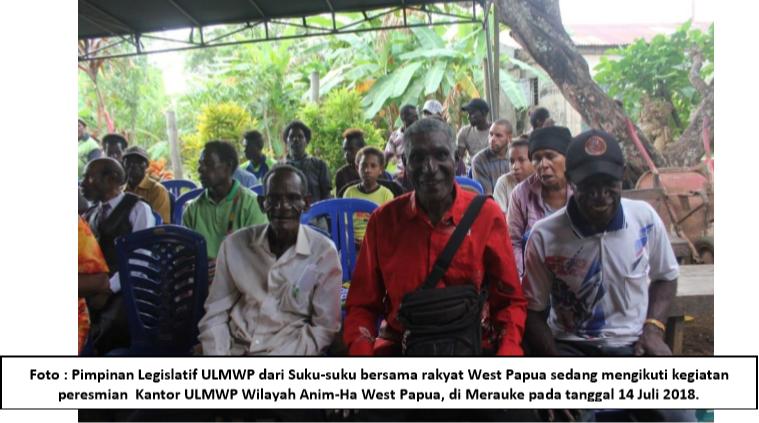 Next Post ULMWP has clear message: dialogue with Indonesia is not the answer for West Papua