I issue this urgent warning the world: huge Indonesian military operations, some of the largest in years, are imminent in West Papua. The internet is being cut off, hundreds more troops are being deployed, and we are receiving reports that West Papuan civilians are fleeing from their villages in Intan Jaya, Puncak Jaya, and Nduga regencies.

The President of Indonesia has ordered a ‘crackdown’ in West Papua. The speaker of the Indonesian parliament has said that they will ‘discuss human rights matters later’. Just last week 400 new specialist soldiers, known as ‘demon troops’, were deployed to Nduga regency, where over 50,000 people have already been displaced since December 2018. The internet shut down is exactly what happened in August-September 2019, when Indonesia cut off access to the outside world in order to conceal its bloodshed and massacres.

This looks like it will be the biggest military operation in West Papua since the late 1970s. The Jala Mangkara Detachment (Denjaka), elite troops of the Indonesian Navy, are being deployed. I myself witnessed the consequences of these military operations when I was a child, seeing my village bombed and my family killed. I had to flee and live in the bush for six years. It makes my heart cry that this is about to happen to so many more of my people.

These operations come after the Indonesian government decided to label West Papuan resistance groups ‘terrorists’, a move condemned by Amnesty and Indonesia’s own human rights commission. Those in West Papua who take up arms are not terrorists. They are not connected to a religious ideology or international funding networks. They are just defending their land against an illegal occupier. They have little knowledge of the outside world, they are fighting bare-foot to defend their people against a modern military. Maybe a few hundred of them face an army of over 20,000 troops, including D88, trained in how to kill my people for years by the West.

There is only one actor that has been killing pastors and high school children for political purposes, who has driven over 400 women and children to their death in the bush: the Indonesian state. Indonesian police and military this year have beaten three brothers to death in a hospital, executed teenagers, and killed peaceful activists in prison. The new military operations are already striking fear into West Papuans across the country. This is state terrorism.

The killing of the Indonesian intelligence official is the justification that Indonesia is using to carry out these operations. How can the killing of a leading official in an occupying army justify killing civilians and attacking villages? The Indonesian military often carries out attacks and blames it on West Papuans in order to justify its operations. They never provide any evidence of who carried out the killing.

Why does Indonesia refuse to allow international journalists into West Papua to investigate these issues? Why does it ban human rights monitors, including even the UN High Commissioner for Human Rights? Indonesia is so desperate to hide its killing and torture that it is willing to defy the will of 84 international states calling for the UN to be allowed access. Indonesia has got away with impunity for the 1977-79 genocidal military operations, the 1998 Biak Massacre, the 2014 Paniai Massacre, and so many more. Over 500,000 of us have already been killed. That number is only going higher. A genocide is in motion.

This is my cry to the world, to the UN, to the Pacific Islands Forum, to Melanesian leaders, to the Organisation of African, Caribbean and Pacific States, and to the UK, Australian, New Zealand, Dutch and US governments. We are about to witness another massacre in West Papua. You have the power to intervene and help us find a peaceful solution to the crisis. 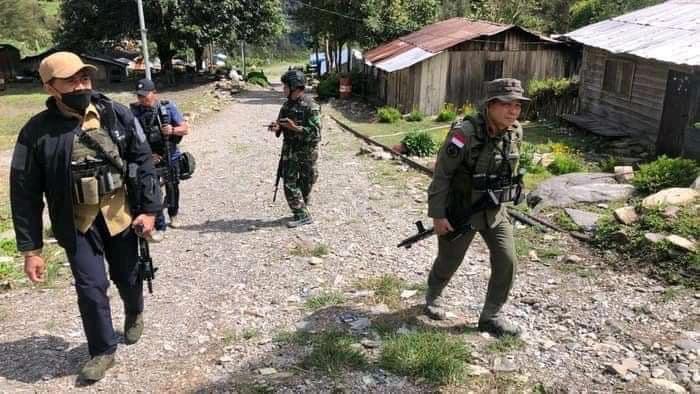 Indonesian troops deployed to new operations in Nduga Regency within the last week. 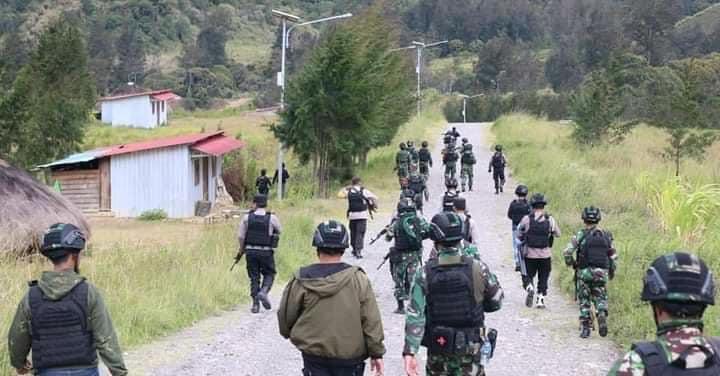 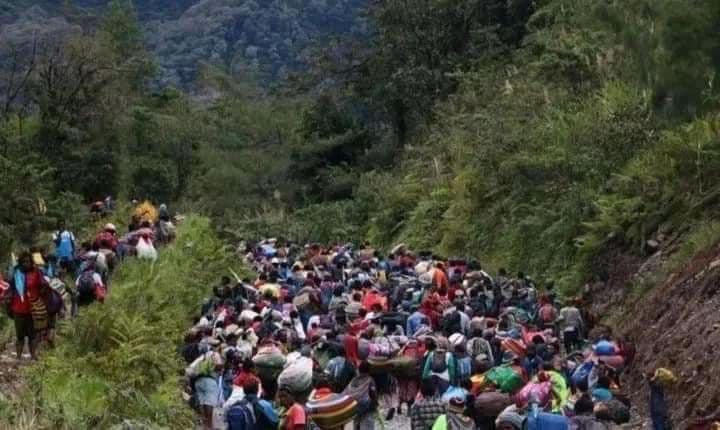 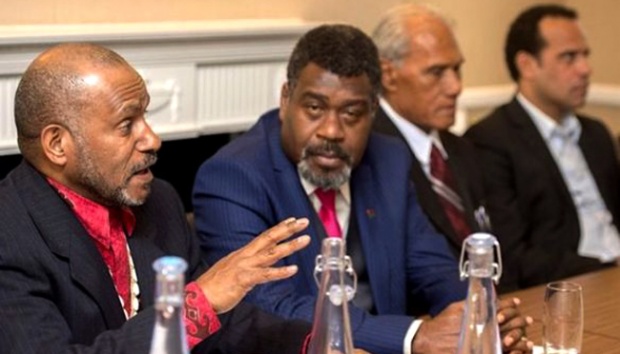